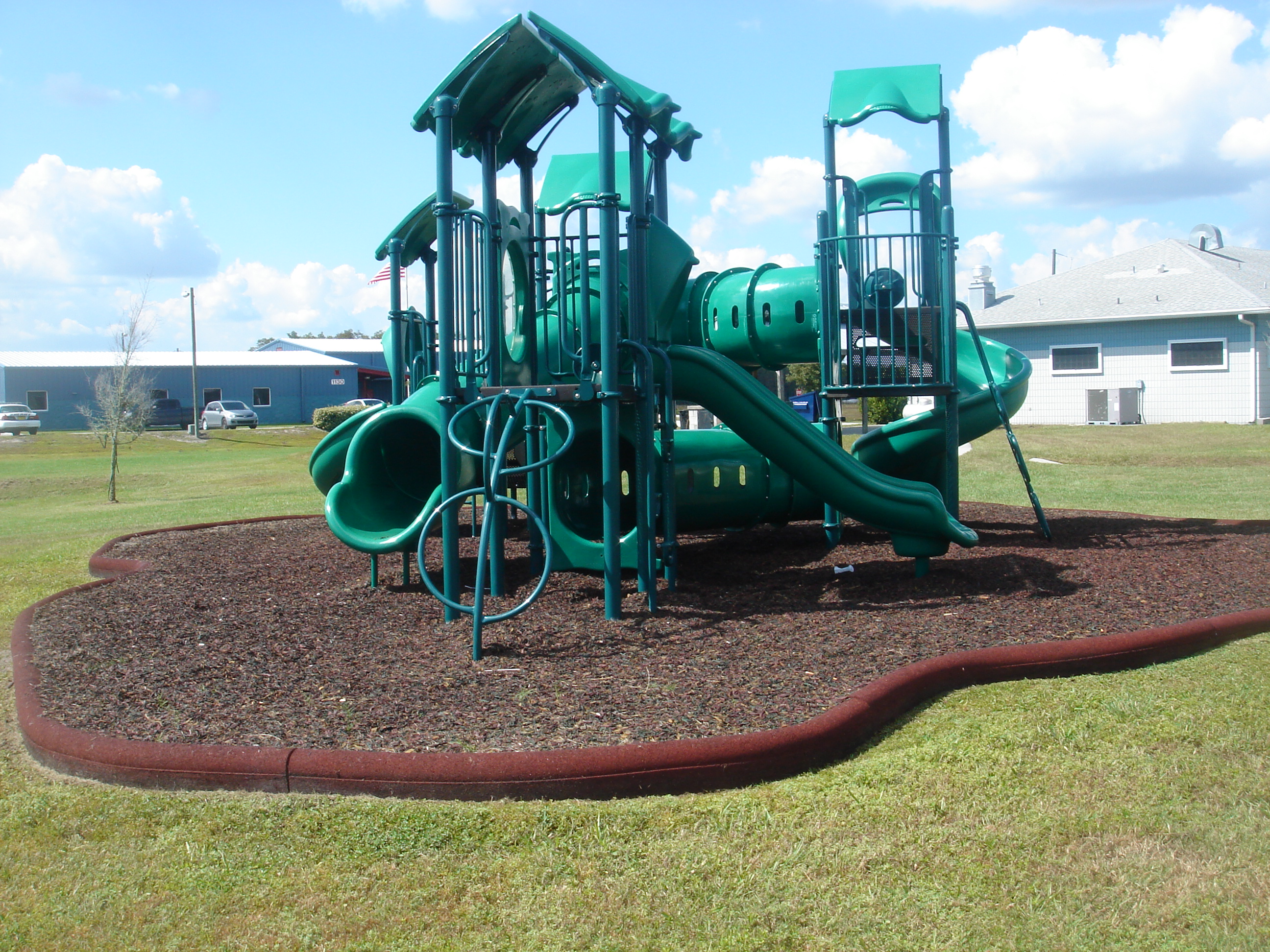 Safety is generally the primary concern of playground designers, and there is a lot of thought that goes into choosing the right playground surfacing material. Of course, you are going to need to consider factors such as the budget for your project and the overall size and scope of your playground, but when it's time for the final decision, safety will play a major role in your selection.

Fortunately, playground rubber mulch is more than just a cost-effective and visually-appealing surfacing material — it's also an incredibly safe solution for your outdoor play area.

This blog will take an in-depth look at what rubber mulch is and why it is one of the safest options for any playground.

What is Rubber Mulch?

Rubber mulch is a loose-fill surfacing material that is often used as a low-maintenance alternative to natural wood mulch. It is commonly used on playgrounds as well as in landscaped areas, and it is becoming increasingly popular — not only because it is affordable but also because it is a sustainable solution.

Rubber mulch is made from recycled rubber materials, such as tires and other rubber products. Before the advent of rubber mulch, tires were often relegated to the confines of a landfill, where they would not decompose for many, many years. Rather than filling up the landfills with this wasted material, surfacing material manufacturers began to grind up the tires and use the remnants of the rubber as a mulch substitute. The end result was a sustainable solution for playgrounds and landscaping that also was safe and effective.

At Robertson Recreational Surfaces, we pride ourselves on the fact that our rubber mulch is crafted entirely from shredded rubber. The vast majority of our ground rubber consists of whole passenger and truck tires. All loose fiber is removed from the tires before the rubber is ground, and we work to ensure that our mulch is free of all foreign materials. This ensures that you will receive safe, beautiful and long-lasting rubber mulch for your playground.

Today's playground designers are often looking to create increasingly complex structures that are attractive to children of all ages and accessible to kids of all abilities. While these towering playground designs with their intricate amenities and twisting slides are a valuable addition to any community, it's important to keep in mind that they do present an increased safety risk. The taller a playground structure is, the more likely children are going to fall. Playground falls are more than just inconvenient — they can be downright dangerous, leading to catastrophic injuries and in some sad cases, even fatalities.

If you are designing a playground with a fall height between 6 and 9 feet, you will be able to safely use playground rubber mulch in your recreational area. Rubber mulch is the preferred loose-fill surfacing material because it is not as apt to blow in the wind, and it maintains a more consistent depth over longer periods of time. In addition, rubber mulch is more likely to absorb the shock of the fall, which can reduce the impact of the fall and subsequently lower the risk of serious or catastrophic injuries on your playground.

As playground rubber mulch is a relative newcomer to the surfacing material scene, it's not surprising that some parents, community organizers and industry experts have raised concerns over its safety. In recent years, there have been people who have expressed their concern about the toxicity of playground rubber mulch, wondering if it is a safe option for children to be exposed to on the playground.

According to this NBC News article, parents in an Oregon town became concerned by the use of rubber mulch in their local playground. While these concerns were valid, it's important to keep in mind that several studies have been performed and scientists do not believe that rubber mulch poses any health and safety concerns to children on playgrounds. That being said, it's always best to choose a loose-fill surfacing material from a company that prioritizes high-quality production standards.

At Robertson Recreational Surfaces, we pride ourselves on the fact that our rubber mulch consistent entirely of recycled rubber materials. It is a safe, non-hazardous mulch that is free of all foreign materials, which can reduce the potential exposure to unwanted chemicals and can also protect the integrity of the mulch itself. Our playground rubber mulch meets or exceeds all compliance standards for toxicity, which means it's not only safe for the children on your playground, but it also will not harm any nearby grass, plants or animals.

This non-toxic material has proven to be one of the most cost-effective options for playground surfacing while also improving the overall safety of your recreational space. Children love the bounce of rubber mulch, and parents appreciate the fact that it helps to cushion those inevitable playground falls.

When you know that you want a loose-fill surfacing material for your playground, you will find yourself trying to decide between rubber mulch and wood mulch.

By comparison, wood mulch is a lightweight surfacing material that can easily be dispersed and is prone to rotting, particularly in areas that experience seasonal weather changes. As a result, wood mulch needs to be maintained more often and generally needs to be refilled on a regular basis.

Most safety experts as well as playground designers would agree that the safest, most affordable and most enjoyable loose-fill surfacing material is playground rubber mulch.

Our playground rubber mulch provides a colorful, long-lasting option for loose fill surfacing. Because it is made from recycled rubber, it provides an excellent springy surface for shock absorption. Request a quote on rubber mulch today. 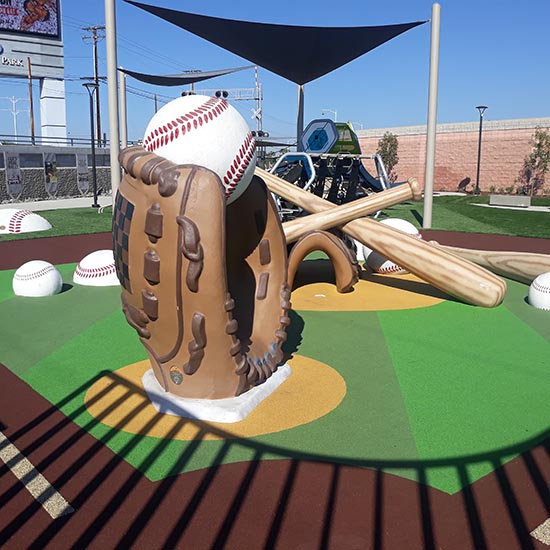 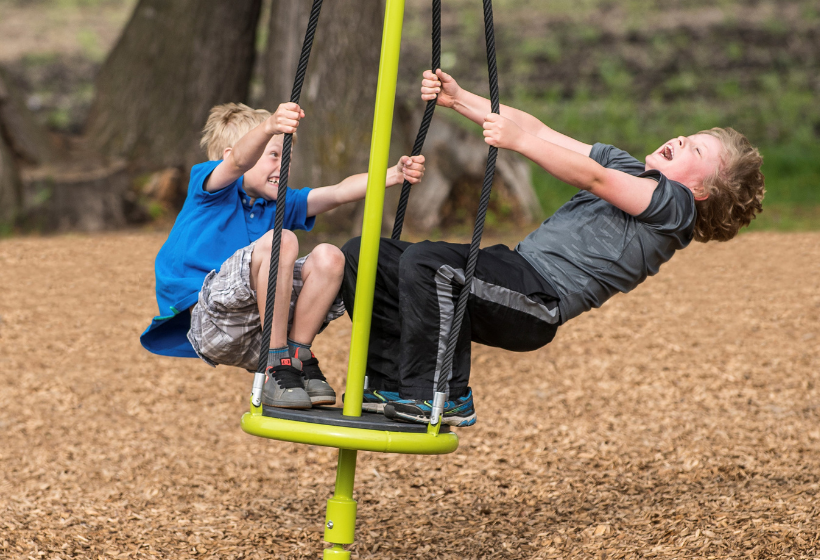 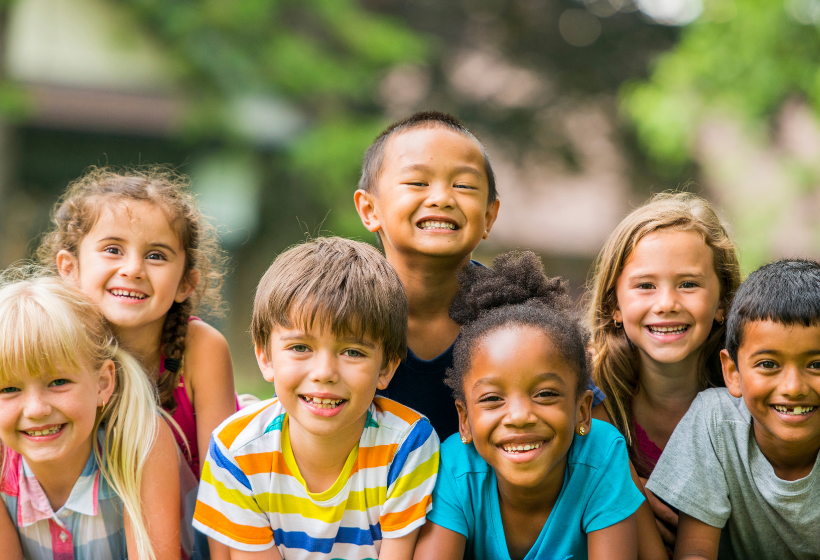